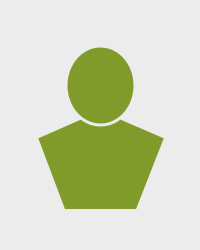 The Person Doing The Event

Achieve something significant of meaning before I die.

Hi there, my name is Iain Ward, I’m 31. I had brain surgery on July 13th and a week after was giving a 5 year life expectancy after they did a biopsy on the removed tumour. The tumour was discovered by a freakishly lucky scan because I was doing a medical research trial. My doctor said I was one of two people to have had a brain tumour discovered in such an suspecting way. I had no symptoms, and still don’t actually. The day after I got the short shelf life diagnosis I desired to break the world record for charity fundraising for running a marathon. I need to raise 2.7 million pounds for cancer research to achieve that. I also had a YouTube gaming channel, which I’ve added this charity drive too so I’m also trying to run the fastest marathon dressed as a video game character. The record for that is 2:57min. Anything below 3hrs is considered elite level. Currently I’m doing chemo and radio theropy, but after seeing a challenge on my hospitals website about running 26.2 miles in 26days over September, I decided to do 26.2 miles 26times over September. It’s 681.2 miles which is a little over London to Munich. Which would suit me if that’s what I was really doing as Munich is where they celebrate Oktoberfest, and it’s be in full swing at that time of year. My number is +447480289605. Text, email, call. It’s all fine with me, but text is probably the best, as I always get back to people ASAP that way.

Running a marathon for cancer, with cancer

I think my story is pretty interesting. My tumour was found at random. The doctor said I was one of two people that had ever had a brain tumour found on a 30 year old who had no symptoms. I have a 5 year live expectancy, so I’m going to try and break two world records at the same time. Most charitable money raised by an individual (£2.7mill) and fastest man to run a marathon dressed as a video game character (2:57). Currently I’m running/walking a marathon everyday for 26 days in September, and documenting it to raise as much awareness as I can. Something interesting to attract more people to follow/ subscribe However I’m completely new to all this, and I have no clue what’s the best way to attract people. I know there’s a vat of potential people who’d want to Watch this story unfold, but I don’t know how best to tap into it, I don’t even really know what to ask for from you. I’d love a phone call as I speak far more efficiently than I write. My number is +447480289605. Failing that my email is iainward119@gmail.com